The Company Administration process is usually seen as quite complex, and it often is, although sometimes it can be fairly quick and straightforward. It all depends on the specific circumstances of the company involved. However, the main steps in the process are the same – it’s how the administrator deals with these steps that really counts.

For those who are less familiar with the administration process, we’ve put together this infographic which simplifies the process. Click here to some testimonials from the company administrations that our teams in London, Brentwood, Salisbury and the Cotswolds have worked on. 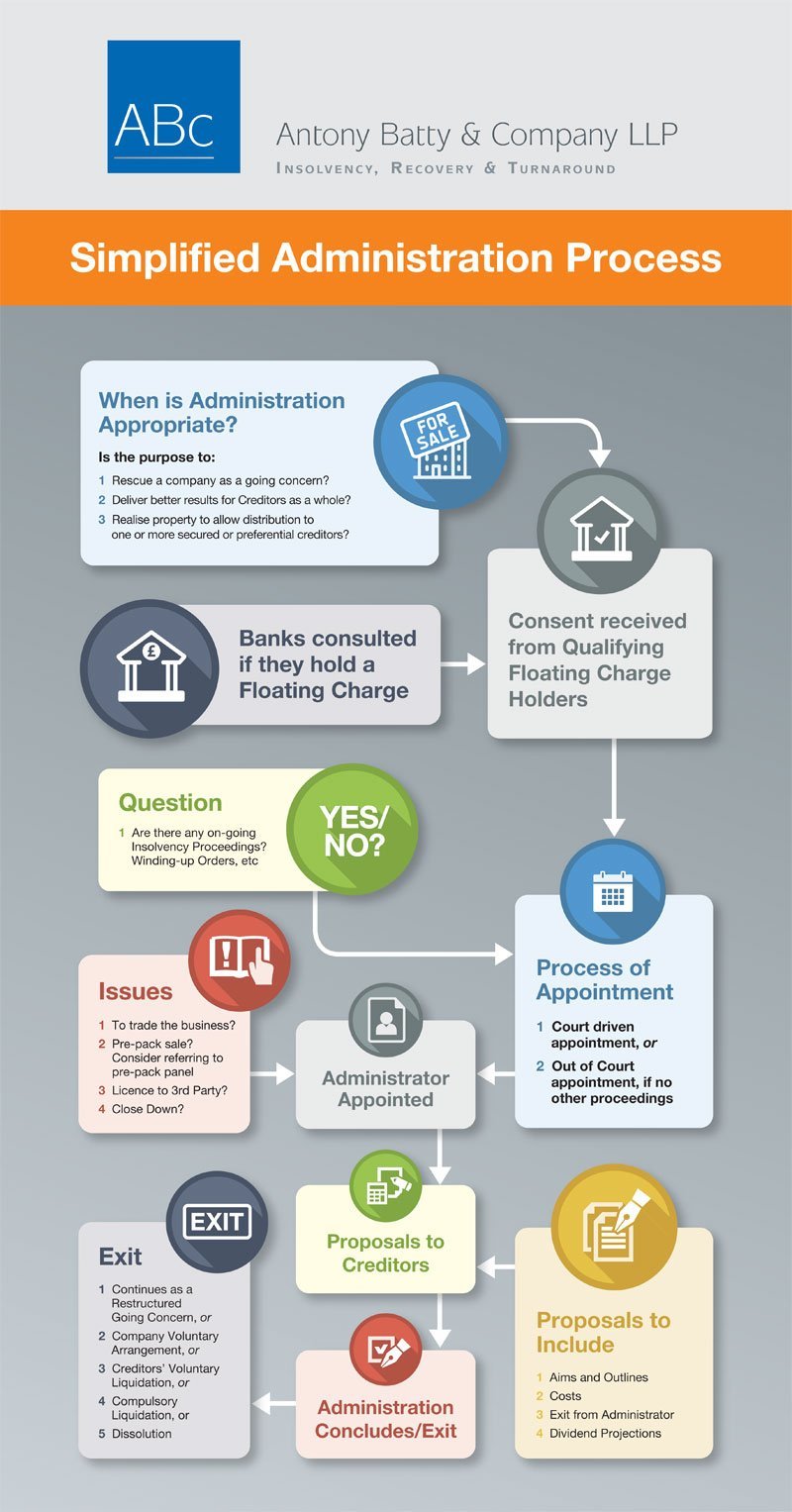 How Does the Company Administration Process Start?

Administration is used when it is considered that at least part of an insolvent business can be sold or salvaged, with the administrator acting in the best interests of the creditors, as is their statutory duty.

Issues that need to be considered prior to the appointment include:

What Happens When the Administrator is Appointed?

The administrator, who, by law, must be a Licensed Insolvency Practitioner, has 8 weeks to send out the formal proposals for the administration to all of the creditors. A creditors’ meeting must also be held. The proposals will include:

The Creditors Meeting and the Statement of Affairs

The Creditors’ Meeting must take place within 10 weeks of the process starting, with each creditor given at least 14 days’ notice of the meeting. The meeting no longer needs to be a physical meeting, following the introduction of the New Insolvency Laws, 2016, unless more than 10% of creditors request a physical meeting.

Providing the proposal is accepted by the creditors, the administration process can proceed.

At the end of the process, there are a number of possible outcomes, as the infographic highlights:

Contact us for Help and Advice on the Company Administration Process

If your company is facing insolvency and is at risk of being placed in administration, please contact us or call us on 0208 088 0633 for a FREE initial discussion. Our insolvency practitioners have been appointed as administrators of many companies and we can explain things in detail and help you every step of the way.

Bounce back loans are now due and could cause insolvency