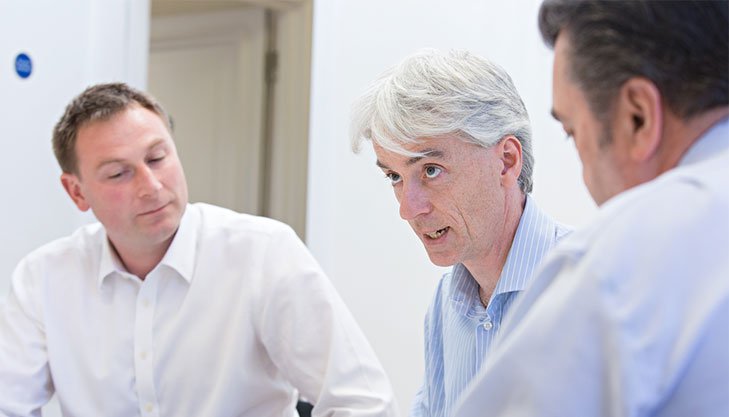 For When It Isn’t Business as Usual - Administration

“I appointed Antony Batty and Co. because of their commercial approach, specialism and expertise in complex insolvency investigations. Their background of acting for and advising secured creditors to secure the best possible result made them the obvious choice for this matter.”

“I was delighted to work with Antony Batty & Co. on our members’ voluntary liquidation. I felt the fee was fair, and it was helpful that it was fixed in advance. They were accessible, approachable, constructive and I greatly enjoyed working with them. Thanks again for being brilliant.”

Put simply, a company administration is a process to close an insolvent business down. Administration (rather than a Company Voluntary Arrangement or a Creditors’ Voluntary Liquidation) is used if it is considered that there is at least part of the business that can be sold or salvaged as a viable on-going concern. Click here here to see our infographic which shows the Company Administration Process in simplified form.

We are Experienced in Company Administration

As part of our work we will speak to the businesses’ bankers, HMRC and any major supplier to explain our plans in more detail and get their support. These communications often require delicate negotiations to achieve the best possible outcome, and we are experienced in doing so.

On this page we look in a bit more detail at the processes involved with administration and pre-pack administration. Since our foundation in 1997, we have been appointed as an administrator many times, for businesses in many different sectors.

What is the Purpose of an Administration?

An Administrator is appointed to control the insolvent business and ensure that the proposals put to the creditors are properly carried out. An administrator has to be a Licensed Insolvency Practitioner.

Administration protects a company whilst a strategy which benefits all stakeholders, in particular creditors, is formulated and proposed to creditors. The Enterprise Act 2002 introduced an out of Court mechanism for the appointment of Administrators. This has made the process more streamlined and as a consequence, less expensive to implement.

In particular, administration protects a company from its creditors either by a Court Order or using the out of court process introduced by the Enterprise Act 2002. Nobody can apply to wind up the company during administration.

The Administration procedure can significantly increase realisations for the benefit of creditors. We have also used the procedure to rescue a number of companies which have subsequently successfully exited Administration.

We have used the Administration procedure to great effect, as the case study snap shots below, show.

In recent years we have been appointed as company administrator to a number of retail outlets including an Oil & Vinegar franchise in Kent, a West End fashion store, a Columbia outdoor clothing store in Richmond, a company with coffee outlets in Lakeside and Southampton and a CD retailer with outlets in Wimbledon and Uxbridge.

In all cases we maximised realisations by trading the outlets in Administration. By holding “Closing Down” sales we achieved significantly better realisations for stock than if the outlet had been closed and the stock sold to jobbers.

We were appointed Administrators of a garage which specialised in tuning cars. Whilst we had to close the business following our appointment, we subsequently sold the freehold site for a sum significantly in excess of our agent’s valuation.

This resulted in the Bank being repaid in full and the guarantors being refunded all the monies they had paid to the bank under the terms of their guarantee.

Following an introduction from a corporate finance client we were introduced to a long established mail order catalogue company. They specialised in customising embossed goods. The company had suffered from competition from foreign imports and the internet.

Being in a seasonal business, the directors were faced with another six months of heavy expenditure with little return just to keep the business afloat. This would have been funded by the bank overdraft which the directors had personally guaranteed.

The decision was taken to place them into company administration immediately. After a sealed bid race between several interested parties, the company’s intellectual property and other assets were sold for a figure well in advance of the agent’s valuation, which translated into an improved dividend to the creditors in the subsequent liquidation. In addition, this meant that the directors’ personal guarantee from the bank was not called.

We were appointed as company administrator of high quality manufacturer of orangeries and pool houses. The company employed approximately 30 people in Norfolk and five in its London sales office.

When we were appointed there were four buildings being installed and approximately twenty under construction in the workshop.

After extensive marketing we sold the business and certain of the assets to a competitor. Unfortunately we had to close the factory and London office. With the assistance of a quantity surveyor we completed or assigned of all of the contracts in progress.

We assisted the directors of a family company to present a CVA proposal to their creditors, which if accepted would have resulted in creditors receiving £1 per £1 of debt. This however was rejected by the creditors. The directors had no alternative but to appoint us as Administrators.

Within two weeks of being appointed, we accepted an offer for the business and assets from a Management Buy In investor. A sale was concluded which resulted in the business and approximately 25 jobs being saved.

2 new recruits have joined the our team here at Antony Batty & Company. We welcome Lauren Matlock and Jessica Barrow to our growing team….