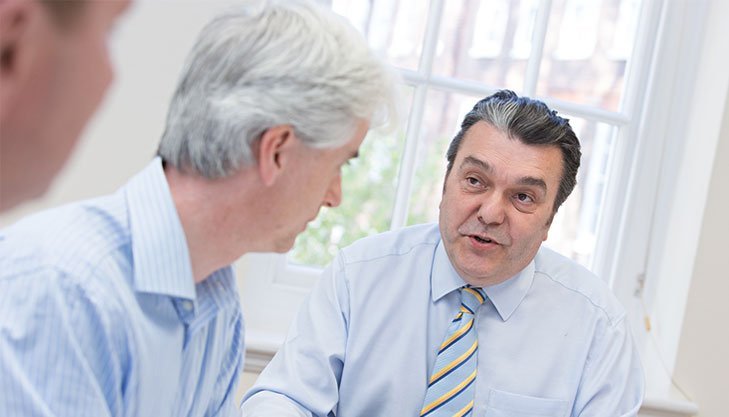 For When It Isn’t Business as Usual - Bankruptcy

Personal bankruptcy is the administration of the affairs of an insolvent individual by a trustee in the interests of his creditors. When a person becomes bankrupt, the control of all of his or her assets, with certain exceptions, passes to the trustee. Their job is to sell them and distribute the proceeds to the creditors. We specialise in giving bankruptcy advice and helping individuals through what is often a stressful process.

Subject to certain exemptions, once the order is made, control of the bankrupt’s assets passes to the Official Receiver and normally then to the trustee. The bankrupt loses any rights to his/her property apart from any equipment needed for use in his/her business, and basic domestic goods such as clothes, bedding and furniture, and certain pension rights. It is essential, therefore, that the right bankruptcy advice is given and that all other options, including an IVA, have been investigated.

The Pros and Cons of Declaring Personal Bankruptcy

Bankruptcy is a highly regulated process, so getting the right bankruptcy advice from an experienced Licensed Insolvency Practitioner is essential.

There are special rules regarding the bankrupt’s home. Generally speaking, if the bankrupt has equity in a house, it may have to be sold. However, the law discourages a trustee from taking steps to force a sale through the court during the first 12 months of the bankruptcy where the bankrupt is married or has young children living with him.

The trustee has three years from the date of the bankruptcy order to sell the house or otherwise deal with the bankrupt’s interest in it. If he does not do so within that time, the property will revert to the bankrupt. And if the value of the equity is less than £1,000 the trustee will not be able to sell it at all.

If the bankrupt has surplus income above his/her needs and those of his/her dependants, they may be required to make contributions to their creditors for up to three years.

The trustee may also claim any property acquired by the bankrupt for as long as the bankrupt remains undischarged from his bankruptcy, such as assets left to him in a will. Such acquisitions will be realised for the benefit of creditors.

Bankruptcy proceedings start with the making of a bankruptcy order by the court. Immediately on the making of the order an official called the Official Receiver takes over control of the bankrupt’s estate pending the appointment of a trustee.

The Official Receiver is an officer of the court and a member of the Insolvency Service, an executive agency within the Department of Business Innovation and Skills (BIS). Where there are significant assets an insolvency practitioner will usually be appointed to act as trustee, either by a meeting of creditors or by the Secretary of State. Where no insolvency practitioner is appointed, or where there is a vacancy in the office of trustee, the Official Receiver acts as trustee.

An application for a bankruptcy order may be made by any creditor owed more than £750, or by the individual himself.

During the bankruptcy the bankrupt is subject to certain restrictions. For example he/she must not obtain credit of more than £500 from anyone without telling that person that he is an undischarged bankrupt. They must not carry on business under a name different from that under which they were declared bankrupt without disclosing the fact that they are an undischarged bankrupt, and they may not act as a company director without the court’s consent. The bankrupt’s credit rating will also be affected and some employers will not employ a bankrupt.

The bankrupt will usually be discharged from bankruptcy automatically one year after the bankruptcy order, or sooner if the Official Receiver decides to close his file early. Once discharged, the bankrupt is released from his bankruptcy debts, with some exceptions such as court fines, Student loans and matrimonial debts.

After he has been discharged, the bankrupt does not have any right to take back from the trustee any property that was part of his estate in the bankruptcy, and the trustee will remain in office for as long as is necessary to sell the property and distribute the proceeds to the creditors.

It sometimes seems that Bankruptcy is the only option available to an insolvent individual. If you are in any doubt as to what to do, or are confused about your options you should seek professional bankruptcy advice from an insolvency practitioner, such as Antony Batty & Company.

We have acted on a number of high profile Bankruptcies and through investigations into the Bankrupt’s affairs we have been able to maximise returns for creditors.