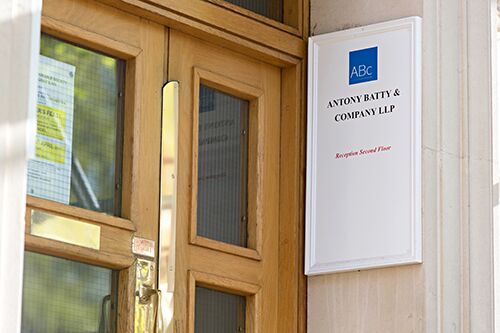 Antony Batty and Company, London and Brentwood based Insolvency Practitioners, were appointed to act for 10 new cases during November and December 2016. Nine of the cases were Liquidations, with the 10th being an administration. All of the cases give a flavour of the sort of problems that lead to insolvency and they cover a range of businesses across different sectors.

We are here for when it isn’t business as usual – helping businesses to recover and turn things around where possible.

On 23rd December 2016 Administrators proposals were presented to creditors. The proposals confirmed that the assets including unencumbered assets were advertised for sale on IPBid.com (a UK specific online marketplace which matches serious bidders to the sellers of Insolvent and distressed businesses and asset.).

A number of assets were received and a sale completed at end of November 2016. The proposals were accepted by creditors and the Joint Administrators investigations are ongoing.

W A Batty was appointed Liquidator on 19 December 2016. The London based Company was established to design and sell menswear clothes online and from its shop. High overheads, including rent and rates meant that it was difficult for the business to survive during quiet periods of trading.

W A Batty was appointed Liquidator of TSG Projects Limited on 14 December 2016. The company provided plumbing, heating and air-conditioning installation services in the Dorset area.

S J Evans was appointed Liquidator of Fresh Eats Limited on 6 December 2016. The company traded as a restaurant in the London area.

T W Gardiner was appointed Liquidator of Circus Minds Limited on 23 November 2016.The company was involved in various websites related to London Hackney Cabs (Black Taxis). The company is being wound up to distribute profits in a tax efficient manner to the shareholders under the entrepreneurs’ relief scheme.

T W Gardiner was appointed Liquidator of Advanced New Media Limited on 22 November 2016. The company provided website design, construction and hosting services to small and medium sized businesses in the United Kingdom. The company ceased to trade because it could not afford to pay its HMRC liabilities.

W A Batty was appointed Liquidator of Clearview Glass Store Limited on 18 November 2016. The company provided Painting and Glazing services to small and medium sized businesses in the Dorset area.

W A Batty was appointed Liquidator of Vizz Media Limited on 18 November 2016. The company provided customer relationship management services as well as handling data management to small and medium sized businesses in the United Kingdom.

Contact our Insolvency Practitioners for Help and Advice With Insolvency Issues

If Liquidation is the only option, then our aim is to ensure that the process is carried out in a professional and dignified way. With experience and expertise across all areas of insolvency, as well as helping businesses recover, please contact us or call us on 0208 088 0633 for an initial discussion if your business is facing insolvency. The quicker you make contact, the more we are likely to be able to do to help.